Reducing IVH and PVL Rates in the NICU 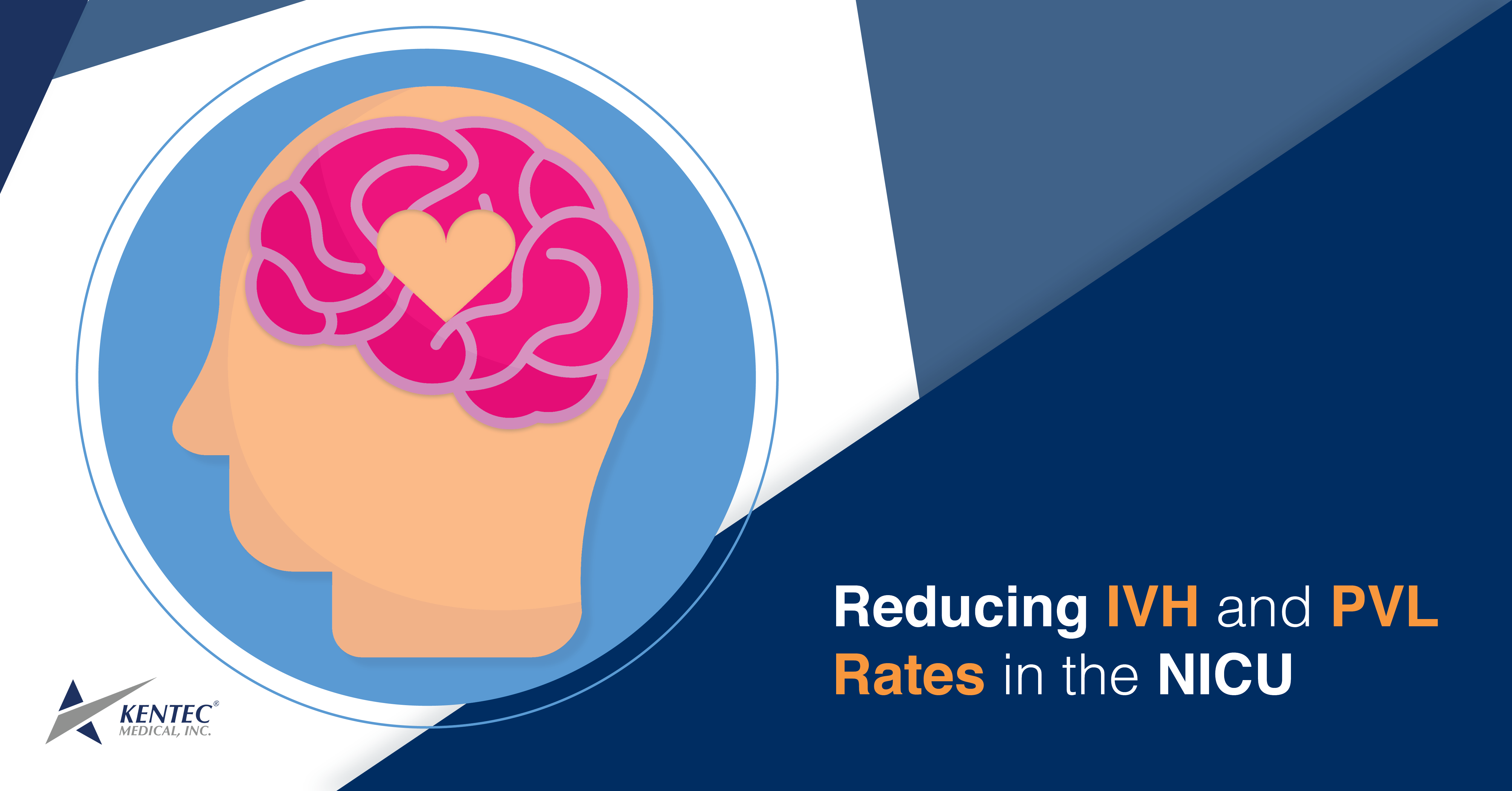 Babies born prematurely are in exceptionally delicate health and are often at risk for a wide range of serious complications. Two major risk factors for neonates are conditions called intraventricular hemorrhage (IVH) and periventricular leukomalacia (PVL). IVH is a condition in which the blood vessels break or leak inside or around the ventricles of the brain within the first days following birth. PVL is the necrosis of the white matter around the ventricles, which is responsible for helping transmit signals between nerve cells and different parts of the brain.

Both of these conditions are serious and have prematurity as a factor for development, so it’s especially important that NICU personnel understand IVH and PVL so they can identify and manage them.

Most babies who are born premature but otherwise healthy tend to have some ability to regulate blood flow through their delicate and still-developing brain. If cerebral autoregulation processes should fail, the subsequent shift to a systemic pressure-passive circulatory pattern is key to the development of IVH. Studies on the subject have found that hemorrhages can develop when fluctuating cerebral blood flow and pressure occurs when a pressure-passive circulatory pattern is present within the germinal matrix.

In terms of anatomic classification, some cases of IVH are short-term and relatively harmless, while other more serious cases can lead to neurological issues in later life, including developmental issues like cerebral palsy. IVH can occur without clinical signs and present with symptoms similar to those of other conditions, which makes screening and serial examinations a critical part of proper diagnoses. Doctors diagnose IVH via brain imaging studies and cranial ultrasonography.

Intraventricular hemorrhage grading includes four levels of severity — a classification that can be useful for helping parents and caregivers understand the condition. These classifications are determined based on radiological appearance, not by the pathophysiological sequence of events leading to the development of IVH. These grades and their outcomes are:

What Is Periventricular Leukomalacia?

PVL is a disorder of the brain’s white matter similar to a periventricular hemorrhagic infarction, but one that operates through non-hemorrhagic ischemic necrosis. This means a lack of blood flow has damaged the brain tissue. Both PVL and IVH can lead to significant neurological disorders and outcomes. Sequelae of PVL vary based on both the size of the initial lesion and the amount of time that has passed since the initial injury.

Can You Treat IVH and PVL?

While IVH and PVL cannot be prevented or treated directly, there are a number of supportive prenatal and postnatal strategies that NICU staff can follow to reduce the risks for IVH/PVL development. This effort involves establishing potential best practices (PBPs) for both pre and postnatal care, including strategies for the “golden hour” in the delivery room and the NICU. These PBP’s are often referred to as “bundling” and are being implemented by many NICUs.

NICU staff should also closely monitor neonates for the first week post-delivery. Half of IVH cases occur within the first 24 hours of delivery, and 90% within the first 72. That said, IVH can appear after the first three days, especially if the neonate experiences a significant illness. If hemorrhaging does occur, it often manifests worst at approximately five days post-delivery. This is why most programs recommend screening neonates for IVH at seven days of age.

NICU staff can further help to mitigate the risks of IVH and PVL by ensuring they avoid events that create sudden changes in arterial and venous flow and pressure. That's where Kentec Medical's products come in.

Kentec Medical believes in a customer-first approach, and we work hard to ensure that each of our clients receives proper support and reliable access to medical supplies and devices. Visit our website to learn more about how to get high-quality NICU products into your hospital. Contact us today to learn more.